Rab is very popular for family holidays thanks to big variety of sandy beaches, historic old town and seafood.

Rab, apart from the old historical town, consists of 7 other regions. Those are Barbat, Banjol, Palit, Kampor, Mundanije, Supetarska Draga and Lopar. Rab as the whole island has approximately 9000 inhabitants. Tradition of organized tourism on the island in the form of private rent apartment or hotel is more than 120 years old in the region history and is prevalent also in similar form in regional islands Pag, Krk, Cres. Also Istria and Dalmatia with Hvar, Brac, Korcula or Adriatic coast towns Dubrovnik, Split, Zadar or Rovinj. Visit Wikipedia page about Rab island for more information.

Island tourism started as a "Society for the promotion of the island and its environment", which Croatian island Rab founded in 1889. Reason for the development of tourism on this Croatian island that is still authentic is the pleasant climate. Unique seaside landscape, favorable conditions are positively affecting respiratory diseases and heart..

Such a long tradition of providing high quality services that are offered, not just the result of skill. Experience and hospitality of locals is transmitted from generation to generation. Traditional hospitality, Mediterranean culture and multilingual population will make you become a part of their family !

Rab island is situated in the Kvarner bay group of north Adriatic islands. Island stretches from northwest to southeast at a distance of 22 km from Cape Sorinj in the northwest to the southeast of the Cape Glavina. Maximum width is 11 km. The Velebit canal separates the island from the mainland and the nearest to the mainland is the far southeastern tip, at about 2 km distance. From the neighboring Pag to the southeast, island is divided by the channel Pasko tijesno. In the west to Cres and Losinj by Kvarnerić, and from Krk to the north-west by Senjska vrata. In addition to main island there is a number of smaller ones like Goli otok, Grgur, Maman, Dolin ...

A locally initiated movement that is becoming stronger in the community of the island is ECO oriented way of living. Such activities include ECO oriented actions like cleaning the seabed and coast during out of season months from the summer season pollution. There are local Eco associations like "Eko Odred Rab" that do their best to keep Rab island ECO-friendly and self-sustainable and not manipulated by intrusion from big business or industry.

Other means of ECO awareness is production of locally and organically grown vegetables and products. Homemade jam from figs, Eco-honey with input from Mediterranean herbs like Salvia, Rosemary, essential oils, Eco olive oil, Eco soaps, creams, liquors etc. There are also Eco related events like the ECO - Etno festival in Lopar and other Gastro and Etno manifestations. More about events on Rab island and schedules can be found at Rab Tourist Board.

RAB HAS THE BIGGEST NUMBER OF SANDY BEACHES

With over 30 larger sandy beaches, Rab island is the best choice for holidaymakers who like to explore out of their holiday home. Characteristic and unusually beautiful in the landscape is the rhythm of hills, fields and valleys. Uplift, which begins at peninsula Kalifront, is connected through a shallow and low Kamporska Draga field with somewhat bigger hills. Extending from northwest to southeast, from Gonar to Kaldanac in the town and to Banjol and Barbat. Kamenjak massif is the highest part of the island, whose direction is parallel to the huge Velebit massif on the land. Kamenjak hill has the highest peak of 408 meters. From the top Kamenjak slopes steeply down to the Velebit Channel on the sea. This way it's making a natural barrier and protection from the cold northern wind called "Bura".

Coast of Rab island is not equally structured. The most rugged and rocky is the northeastern coastline that is one part of the massif Kamenjak. First time visitors will notice the rocky barren region first nearing Stinica ferry port and think: "Where the h.. did we come?". Peninsula Lopar has numerous wide shallow sandy beaches in the many bays, some of them hard to approach. Western part of the island has two large bays: Supetarska Draga and Kamporska draga, also filled with numerous sandy beaches. Rab island sandy beaches have many times been called the best beaches in Croatia or the best beaches of Adriatic. One of the most interesting regions of the island is the part from Cape Kalifront to Cape Frkanj. Strung with a number of lovely small beaches and bays for swimming and relaxation. Around the island is a large number of small isles and reefs, which, along with numerous bays and coves contribute to the charm of the island. Sandy beaches are another reason for which Croatian island Rab's visitors are returning to spend their summer there again.

Beside the beach sun and fun, visitors will hardly miss the chance to visit and experience the attractions of the old town. This is one of the advantages of choosing Rab island in Croatia for holidays. Rarely will you find even on the Adriatic, such a large number of quiet sandy beaches surrounded by thick forest. Also a town that has such a special evening atmosphere and scenery. After a day full of beach activities, sports or adventures on a hot day, anyone is set for a relaxed stroll through the timeless narrow Mediterranean stone-streets of the town. The popular four towers of the churches by the town center are a wonderful night setting especially on one of the intense moonlit nights. Most Rab restaurants offer sea oriented choice of food, with music filled terraces. Town Rab experience is guaranteed to be remembered by any visitor.

Much has been said about the health benefits of Mediterranean food and the ingredients of the meals as well as recipes. Croatian islands and the coast with Istra and their local cuisine along with the islands of Kvarner and Dalmatia have plenty to teach about food and cooking. Dominant seafood specialties with octopus, crabs or fish and the input of the rich and almost medicinal world of herbs that is being used in preparation is worth exploring. Food of this region can add another dimension to your Rab island holidays. 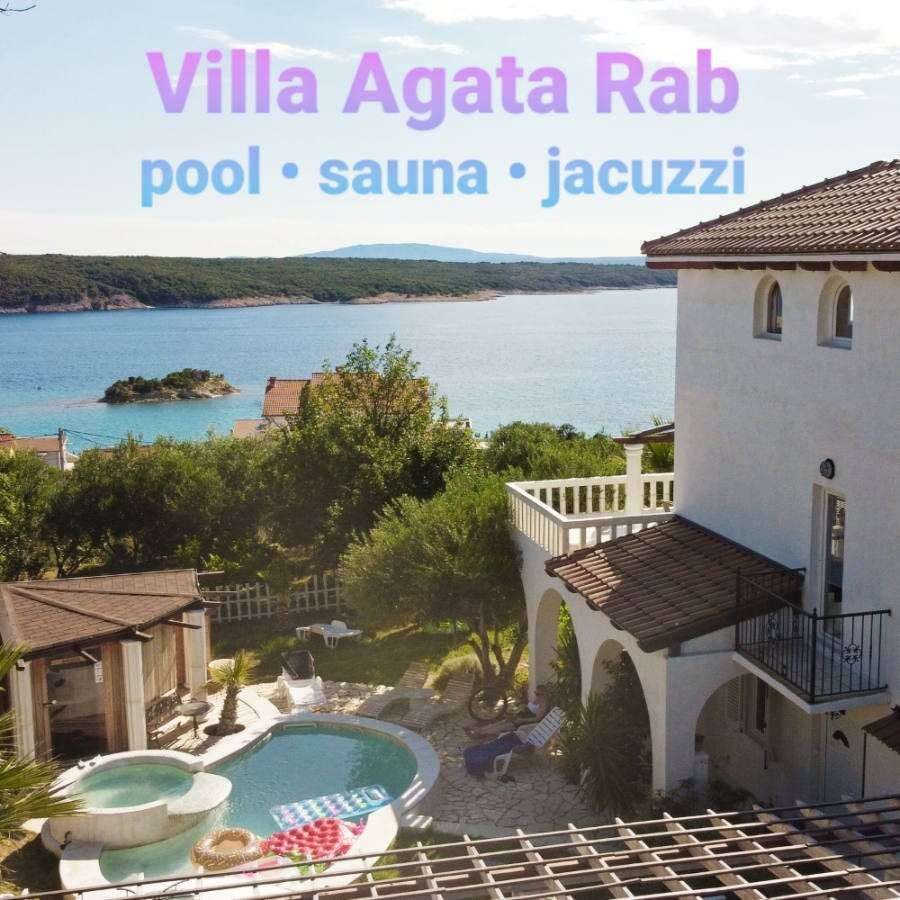